​We help move beyond racism by combining a self-monetizing grass roots program for anti-discrimination groups with a community by community lead-generation system designed to reinforce our judging others by their behavior, instead of their color of skin, religion, race or disability.

If on a cell phone, please open up the PDF button below:
PDF
"T​he Quicksand of Racism"
The Beyond Racism program is designed to be a global wake-up call,
to help us look at our neighbors in a healthier and more humanitarian way.
Instead of historically embracing our fears of people who are different from us, we can
begin to see and appreciate the beauty, commonalities. and humanness that are in each of us.

Almost every culture around the world, has told their children "to stick to their own kind",
done in love, but begetting fear of those who are different.    Consequently,
we have learned to see differences and to fear those differences.
Although many strides have occurred in the integration of people, we still fall far
​short of judging others by their behavior instead of by their color, creed, or religion, et al.

The Beyond Racism program begins with a animated short manuscript and incorporates
a global community-by community appreciation system which recognizes and
celebrates all who  embrace the novel and healthy "Beyond Racism-Behavioralism" philosophy of life.

​It begins with an anthropomorphic story for middle-school students and
uses non-intimidation techniques to teach how racism began, what it's status is today,
and how we can begin to evolve into a diversity of growth and beauty.

We liken mankind to the forest, where a vast diversity of living things
creates a healthier environment for all. 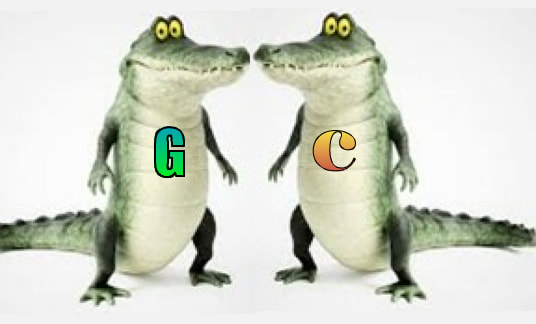 Our mature, fairy-tale-manuscript is designed to be an animated short, aimed at
middle school students.  It's properties can also be produced as
a game,  an app, and/or a graphic novel.  It has been created to serve the needs
of the ADL, NAACP, Sleeping Giants, Common Sense, Free Press, UNESCO,
​and other humanistic organizations  around the world.

Beyond Racism offers a sociologically inclusive celebration program
designed to build community awareness and support for a healthy
evolution into a celebration of cultural diversity.

Having vagabonded around the world, It became quite clear that most people simply want their
children to grow up safe and sound;  that kindness bathed ugliness, and;
that when a person's eyes smiled, his heart followed.

Having said that, it was also learned that fear can be our most destructive emotion .
Beyond Racism is an anti-fear movement.

Rohit took Dane and Chad to the side of the large ashram and entered through a large gate into a shaded garden.  Rohit told them to sit on the bench and wait as he would inquire if it would be possible to meet with Dagmire. Soon, the large doors of the ashram opened and the large, wizened figure of Dagmire presented itself.  Dagmire looked down at Chad and Dane and said, “My, my, what have we here?”

Not having ever been in an ashram or meeting a Guru before, Dane gave a flustered “Hello, I’m very
honored to meet you” and Chad simply bowed.

Dagmire smiled and accepted their salutations graciously.  He said, “I’m Dagmire, but you can call me Dag.  What are you two known as?”

This time, Chad replied, “Thank you Dag, I’m Chad and this is Dane.  Will it be possible for us to have a word with you?”

Cautiously, he looked at the Gator and Croc, and asked, “Are you in danger?”

Chad, surprised at the question, again answered, “Not at this time, but I’m really conflicted about my feelings...Dane and I are becoming friends and that is crossing a line, a dangerous line.”  Dagmire nodding, told them to come inside his abode and they will be able to talk. Once inside, Dane and Chad gasped at the majesty of the artwork and furnishings and were taken with how comfortable these surroundings were.

​There were many candles and carpets that covered the walls and adorning the vacant parts of the walls were exotic wood carvings.  In what looked like a holy setting, a  beautiful floating carving in stone proclaimed:
​
Being is Living

Living is Loving
​
Loving is Being
​
Dagmire sat on rounded pillows and offered the pillows opposite him for Dane and Chad to sit. Knowingly, Dagmire looked at Chad and Dane, gave a big sigh and began his telling of their history:
​
“As many years ago as there are stars in the sky, Crocogators roamed the earth.  This very  large family grew and occupied quite a large area of the ancient lands of Herzod before the division of the continents.  Some believe it was the sibling rivalry of the Crocogators that finally split the tribe up. And all because Aram, son of Bathazar got into a rather lengthy dispute with his brother, Silviu over the division of land for development.

“Silviu believed every male Crocogator should be given four hectares of land to develop, while Aram believed that two hectares were enough to grow the produce necessary to feed the families which worked on their land.  Soon family members took sides and in an escalated and prolonged argument the large family of Bathazar elected to leave the family compound and venture north where new lands awaited them.

“Half of the tribe went north while the other half stayed in Herzod.  There is indeed, speculation, that the continents divided because of the weight of all the Crocogators on each side of the land.  Their amassed weight caused the land to divide in order to keep the land from tipping back and forth, like a teeter-totter.  This continental-divide allowed for balanced land masses.


“The group of Crocogators that moved north, over time, became Crocodiles and those who stayed in the south, were forever after referred to as, Alligators.  After several millennia,  the Crocodiles and Alligators had adapted to their different environments with the Crocs evolving their facial dimensions into a “V” structure with the narrowness at the tip of the mouth, whereas the Gators facial structure evolved into more of a “U” shape.  Neither had any idea that they originally were all of the same family. “

“That is the history of how you came to be, and I’m afraid that both your families have been raised with hatred and fear of those different from you.  What is most fascinating, is that you both have more in common than you know, but fear of each other easily blinds one from seeing those commonalities.

Dane, rubbing his chin, said, ”Wow, I’ve never heard anything like that before.”
And Chad, added, “I had no idea!”

Dane continued, “I have always been taught that Gators were not really animals, and certainly inferior to us.”  And Chad shared, “I was told that the Crocs had no souls and were green-eyed devils.”


To be continued...
​​
For more information on our "Beyond Racism" program, please contact us below:
​Copyright, 2022, Human Advocacy, Inc.  All Rights Reserved